Lucio Parenzan born in Piran on June 3, 1924. He graduated in Surgery at the University of Padua in 1948. In '56 he left Italy to specialize in pediatric surgery at the University of Stockholm. But it is between 1957 and 1959 in the United States, at Children's Hospital of Pittsburgh, has the intuition that so-called blue child, those children affected by Tetralogy of Fallot, are to be subjected to surgery on the third day of life. And 'so that Parenzan starts to execute many of these interventions save from certain death children suffering from this severe heart defect.

Later he returned to Italy and carries out the task of the primary in Trieste until you reach in 1964 in Bergamo, where for over 30 years, until 1994, is director of the Division of Pediatric Surgery and Cardiac Surgery of Riuniti Hospitals. Leads in this city two congresses of Cardiac Surgery (1966 and 1970) with world-famous names such as Christian Barnard (author of the first heart transplant), John Kirklin , Denton Cooley and Norman Shumway. Under his leadership the Bergamo Center become the largest center of pediatric cardiac surgery in the world as defined by Albert Starr, the inventor of the heart valve, and as confirmed in 1988, the course of the First World Congress of Pediatric Heart Surgery.

In 1985 makes the third heart transplant in Italy and in 1989 he became Scientific Director of the Istituto Clinico Humanitas Gavazzeni of Bergamo and founded the INTERNATIONAL HEART SCHOOL, Foundation for continuing medical education onlus, from whose ranks came out of doctors following have played primary roles, Ministers... those Parenzan has always loved to call my boys.

Honorary citizen of the city of Bergamo, in 1988 received the Gold Medal for Public Health in recognition from the Italian Ministry of Health for the specific meritorious scientific and clinical activity against childhood diseases. Lucio Parenzan in the course of his life was also a lecturer in Pediatric Surgery, Pediatric Clinic and Cardiac Surgery at the University of Milan. It performed more than 15,000 operations (including 350 heart transplants) in the course of its 30 years in business.

Dr. Lucio Parenzan leaves us 28 January 2014 at the age of 89. Anyone who knew him preserves his teachings and a precious memory of great esteem and affection that the time will never fade.

IHS Director, Director of the Center for Hypertrophic Cardiomyopathy and Valve Pathologies at the Policlinico di Monza

Dr. Paolo Ferrazzi, cardiac surgeon, is the director of the Center for Surgical Treatment of Cardiomyopathies and Valvular Heart Diseases at Policlinico di Monza since July, 2013, he is also the Director of International Heart School.
During 46 years of career Dr. Ferrazzi had the opportunity to work in prestigious hospitals abroad bringing in Italy his contribution to the development and improvement of new programs in different specialized centers, public and private as Ospedali Riuniti in Bergamo, IFC-CNR in Massa (Pisa), Clinic Humanitas Gavazzeni in Bergamo, Celliniâs Clinic in Torino and Esperia Hospital in Modena.

Dr. Ferrazzi has performed the third heart transplant in Italy in 1985, the first heart and lung transplant in Italy in 1991 and directed more than 800 heart transplants. His surgical experience includes more than 10,000 cardiac interventions of which around 3,000 congenital heart disease and more than 1,400 mitral valve reconstruction interventions.
Dr. Paolo Ferrazzi has been involved in experimental surgery programs, performing about 250 operations since 1987. He was also involved in the development of experimental and clinical ventricular assist devices and total artificial heart.
At present, he is the most experienced surgeon in Europe for the surgical treatment of hypertrophic cardiomyopathy (more than 500 myectomies).
Training offer:
- Clinical and surgical treatment of Hypertrophic cardiomyopathy and valvular heart disease
- Scientific research in the Hypertrophic cardiomyopathy field

History of the Foundation

Fondazione International Heart School L. Parenzan J.W. Kirklin - Onlus was founded in the Ospedali Riuniti (rural hospitals) of Bergamo by Professor Lucio Parenzan in 1989.
In 1993, IHS earned sponsorship by the Assessorato Regionale alla SanitÃ  (Regional Ministry of Health) in the Region of Lombardy
The first advanced cardiology, anaesthesia and cardiovascular surgery course was offered in 1993-1994. Since then, the course has been structured into two parts, a clinical part which involved care at the Ospedali Riuniti de Bergamo and a second theoretical part which included workshops and classes by important doctors of international fame..

Significant progress came in 2011 with the concession by the University of MilÃ¡n Bicocca of a University Master's Level II (one-year) degree in Cardiac Surgery, Cardiac Anaesthesia and Cardiology.

Moreover, a framework agreement was signed in 2011 with the University of Bergamo providing for collaboration on specific studies and research, training, academics and scientific advising on particular issues..

Over the years, more than 370 doctors from 52 different countries have studied at this prestigious school. More than 60 of them now hold leading positions in their countries (heads of hospital departments, department directors, residents).<br /> The Fondazione particularly focuses on promoting relations between participating countries through reciprocal collaboration in the field of healthcare to create an intercultural and charitable scientific network.

Over the years, more than 370 doctors from 52 different countries have studied at this prestigious school. More than 60 of them now hold leading positions in their countries (heads of hospital departments, department directors, residents).

Fondazione IHS uses all of its resources in order to:

Former IHS student, the winner of the Fontan Prize 2012 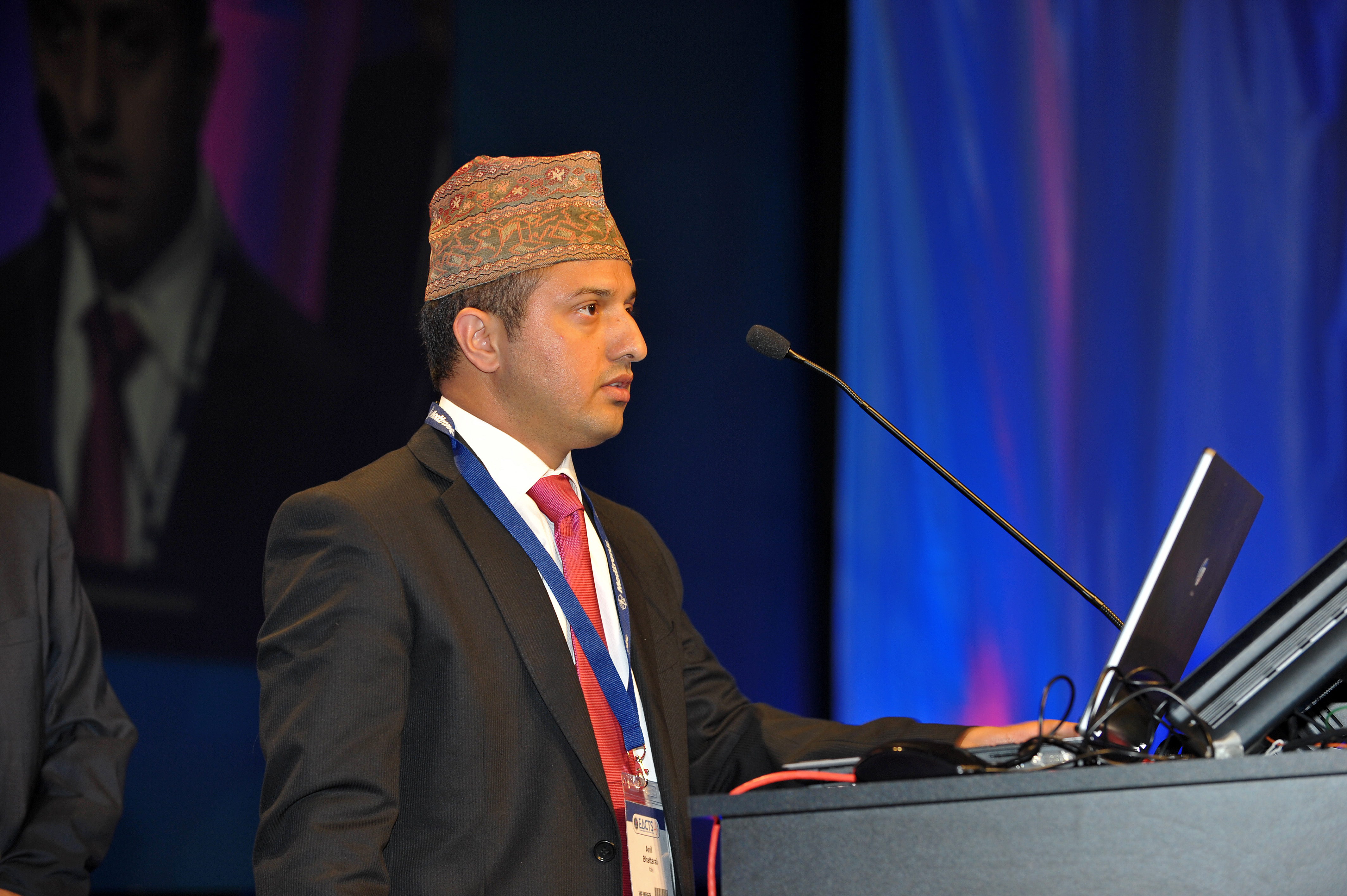 The Francis Fontan Prize was instituted in honour of Professor Francis Fontan, leading founding father of The European Association for Cardio-Thoracic Surgery. The Prize is awarded to a medical doctor in speciality training in cardiac or cardio-thoracic surgery. It is not limited to European citizens.

The amount awarded is Euro 30,000 and should cover the costs of one year's stay at a major European department or any other European research facility. The activities during this year are left to the discretion of the prize-winner and the head of the department visited, but should primarily involve fields such as research training, research activities, advanced clinical education and/or departmental management.